I don’t know about you, but I don’t see me behind those eyes.

I arrived at Mount Sinai’s TBI (Traumatic Brain Injury) Ward on the 20th of June, 2011. Again, I couldn’t walk or eat at this point. My hand was in “the claw” position, my foot in the ballerina position (drop foot), I had a foley catheter to collect my urine, and I had an NG tube sticking out of my nose. I met Dr. Greenwald who was extremely nice and told me that they’re in the business of removing tubes and helping people to recover. Thank god!!! What he didn’t know (nor any of us for that matter) was that the stenosis in my throat that prevented me from breathing before was still there… It had only shrunk. The steroids, I imagine, only brought down the swelling temporarily.

While I was still at Elmhurst Hospital, my mother was working with Gina Abernante, an amazing Social Worker at Elmhurst in order to get me transferred to Mount Sinai’s TBI Ward. Gina told her that there’s very little that Elmhurst could do concerning TBI rehabilitation and we would be much better off at Mount Sinai. I couldn’t walk and was bedridden, so I called a friend about transportation because he had a van. This was foolish because I was to be transported via ambulance in a hospital bed. I couldn’t even sit up on my own. This shows how much of a daze I was in.

When I was to leave Elmhurst to be transferred to Mount Sinai I was wheeled out on my hospital bed to the street. This was the first time I had been outside with the sun since May 7th 2011. It was June 20th. I was put in a ambulance and taken from Queens to Manhattan.

Within a day I had breathing problems. I was given a mask that provided pure oxygen and I was getting a tracheostomy done the next morning. A tracheostomy is a medical procedure where another lovely tube was inserted underneath the stenosis in my trachea. This was done surgically. The tracheostomy served to basically bypass the portion of my throat that was occluded (narrowed to the diameter of a drinking straw) and bypass my voice box and my face all together and allow me to breathe through a tube from the bottom of my neck into my trachea. My tracheostomy bore directly through the stenosis, not under it. They had no room to go underneath. The surgeon cut a hole in my throat, through the stenosis, and into my trachea. Then inserted a tube through that hole. I would then be breathing through that tube for the next several months. The tracheostomy meant that I could no longer talk. I now had a tube in my nose, a tube coming out of my throat and a tube coming out of my urethra. I was tubular, dude!!! I would not be able to talk until after I left Mount Sinai… Therefore my time at Mount Sinai was almost entirely silent except for the few days prior to the procedure.

No food by mouth was bad enough, but the tracheostomy was harder for me to tolerate. No more speaking, and my breathing sounded like Darth Vader. Not being able to communicate effectively was the hardest and most frustrating thing. No food is also terrible. I can’t decide which one was worse…. Ok. Not being able to eat was the worst. The original tracheostomy had a plastic fastener that was sewn into my neck and attached to that was an inner cannula that went directly into my trachea. The fastener was sewn in to prevent me from ripping it out (it is very common for TBI patients to do this.) The fastener was also secured by a strap that went around my neck, and a plastic outer cannula that slid into the inner cannula and was removable for cleaning. This was changed within a few days to a metal fastener that was not sewn in and a metal inner and outer cannula. This was called the Jackson model. My main nurse, Joy Romanavich, was upset that they sewed in the first one because the scar left now shows where the fastener was sewn in.

The nurses would clean my tracheostomy and soak the inner cannula in a solution of hydrogen peroxide and water twice daily. The inner cannula would occasionally get clogged with mucus and I would blow it out into a tissue and then have the inner cannula cleaned. When mucus built up in the cannula I sounded even worse than Darth Vader. I sometimes scared the Mount Sinai staff that I was having breathing problems again. 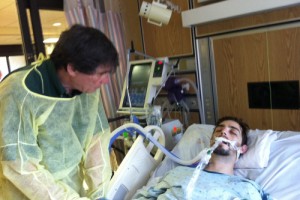 Breathing Problems After TBI: Take My Breath Away 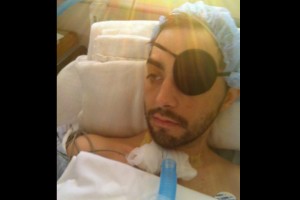 The Tracheostomy That Took My Voice After My TBI: Silence (It’s Not Golden)

One year ago today marked the beginning of when[...] 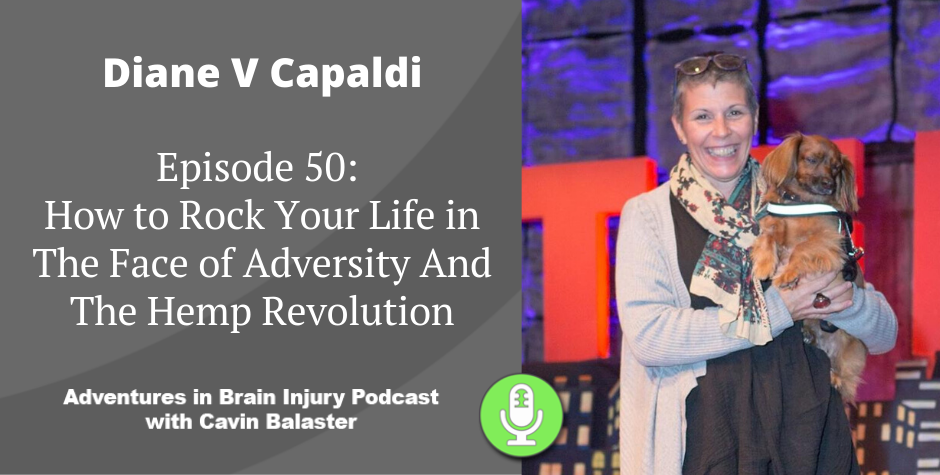 Meet my very good friend Diane V Capaldi (aka the[...]