In this segment from my keynote speech at the Neuro-Optometric Rehabilitation Association conference 2014, I discuss an amazing region of the brain–central to my own diagnosis and recovery. Latin for “little brain,” the cerebellum plays an important role in motor control. Though it isn’t responsible for initiating movement, it contributes to coordination, precision, and accuracy. Cerebellar damage produces disorders in fine movement, equilibrium, posture, and motor learning.

Anatomically, the cerebellum has the appearance of a separate structure attached to the bottom of the brain, tucked underneath the cerebral hemispheres. With 3.6 times as many neurons as the cerebral cortex, it makes up a huge percentage of total neurons in the brain. Until recently, the cerebellum was thought to only coordinate motor control. Studies demonstrate that it may also coordinate thoughts, hinting at new ways of looking at deficits in “attention, processing speed, visuospatial functions and language.” 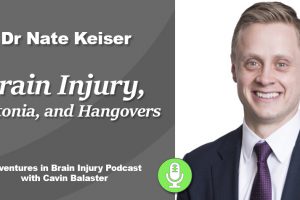 I like brains. I like helping them work better. So does Dr. Nate Keiser, who Michelle and I get to interview on this episode about injury, dysautonomia, and hangovers. 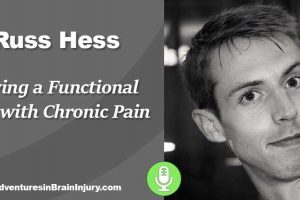 In this episode of the Adventures in Brain Injury Podcast, severe traumatic brain injury survivor Cavin Balaster and co-host Alek Hess interview actor and director Russ Hess, to discuss his digestive issues, and his strategies for managing severe and debilitating chronic stomach pain. 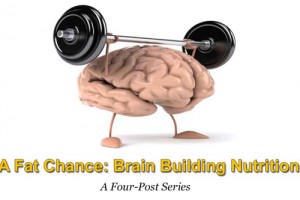 Throughout my writing, I have not written about any therapy[...]