Update: Hear more about rest in Podcast – 9: A Look Inside the Brain After Head Trauma

New evidence demonstrates that cognitive rest after a concussion can significantly improve rate of recovery. Researchers at Children’s Hospital of Philadelphia, the University of Pittsburgh Medical Center, and Boston Children’s Hospital found that participants who engaged in the most mental activity in the early days after a concussion, including doing homework, reading, texting on their phones, or playing video-games, endured a recovery period two to five times longer than those engaging in little cognitive activity. In other words, cognitive rest can speed recovery by up to 500%!

Researchers tracked more than 300 participants from age 8 to 23 who had suffered a concussion sometime within the previous 21 months. The findings, published on January 7, 2014 in the journal American Academy of Pediatrics reveal that participants who engaged in “vigorous cognitive exertion” after concussion took 100 days on average to recover from symptoms, compared to 20 to 50 days for those engaging in lower mental activities.

According to the researchers, “high-level” cognitive activity is what’s most detrimental to recovery, while “more moderate levels of cognitive exertion do not seem to prolong recovery substantially.” In a recent interview with the Boston Globe, director of the sports concussion clinic at Boston Children’s and coauthor of a similar 2012 study, Dr. William Meehan said:

“For the first three to five days, we tell our patients with concussions that they should really aim to be at a zero level or complete cognitive rest. That means no reading, homework, text messaging, or video game playing; basically, it’s fine to lie in bed quietly, watching TV or listening to music with the volume on low.”

“Many of us have been running all our lives. Practice Stopping.”
― Tich Nhat Hanh

When in doubt, sit it out!

This and other studies suggest that, not only is the brain extremely fragile after injury, but that basic cerebral functions (cognition alone) can be beneficial or damaging. According to the Center for Disease Control and Prevention (CDC), “an estimated 1.7 million people sustain a TBI annually” in the United States. Of these, “1.365 million, nearly 80%, are treated and released from an emergency department.” While the numbers are concerning, more worrisome is that fact that most concussions end up going unnoticed or unmentioned. In fact, other studies demonstrate that athletes who endure repetitive hits to the head that are below the threshold for causing a concussion may still cause detrimental changes in the brain.

A 2012 study conducted by Dr. Inga Koerte (Harvard Medical) found that a sample group of professional soccer players had a range of changes in the white matter deep inside their brains compared to a group of competitive swimmers, both groups without a history of concussions. While the researches acknowledge the possibility that “differences in head injury rates, sudden accelerations, or even lifestyle could contribute,” the study suggests that simply heading the ball could potentially explain the impairments in the soccer players.

It is vital that coaches, parents, teachers and caretakers realize the seriousness of any (even mild) head injury and resist the temptation to put their student or athlete ‘back in the game’ right away. Sit it out, minimize risk, activity, and stimuli. If one chooses to play sports that result in high impact head injuries, my advice after an impact to the head is to live simply for a while and to let the fragile brain heal completely. 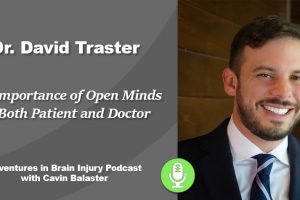 Dr. David Traster takes the time to speak with Michelle and Cavin about how opening his mind took him down roads that eventually saved his life.

Atrophy refers to the partial or complete wasting away of[...] 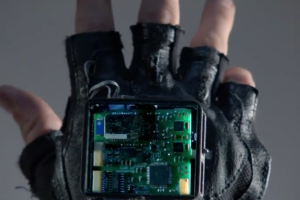 What if you could learn in fast forward? What[...]