The New Year After My TBI: May This Year Be Better Than The Last

It was New Year’s Eve, December 31, 2011. After meeting up with Taylor, we left to go to a house party where I would meet many of Taylor’s friends to bring in the new year with them all. I did not feel “normal” by any stretch of the imagination. My body ached and to talk was like trying to squeeze toothpaste through a pinhole: It took a lot of effort to get very little out. Despite the difficulty, I jumped at the opportunity to be social. It was an absolute necessity to celebrate my existence at the end of THIS year. The fact that circumstances left me walking, talking, and even occasionally laughing were an example of unbelievable odds even if these simple activities were very difficult for me. Additionally, in a practical sense, I simply wanted to meet all of Taylor’s friends; I wanted the opportunity to try to “fit in.” I wanted to feel a sense of normality in my life and it seems that the only way to get there was to be there. I had come so far and the clock was ticking to end the most difficult year of my life. I took a moment to reflect on the blurry recollections that were housed in my dilapidated memory.

I had worked on New Year’s Eve ever since I began bar tending in New York six years prior, and I loved it. New Year’s Eve as a social New Yorker is kind of a mess in general if you ask me. Everyone is hopping from one bar to the next and trying to find each other when the ball drops at midnight and it usually seems to end up as more of a stressful and clumsy drunken frustration rather than a celebration of the year. I absolutely loved working New Year’s Eve because I’d make money while bypassing all of that with a simple statement: “I’ll be working at my bar. If you want to bring in the New Year with me, that’s where I’ll be.”

I thought of what I was doing the year prior to ring in the New Year. Last year I had been bar tending, but I had also rented out sound gear and sent a friend and employee to monitor the sound system while I was working at the bar. I had rented out a big setup for an underground warehouse party in Brooklyn. My friend and I had transported all of the gear in a rental van to the warehouse and set up the sound equipment before I went to the bar where I would be working that night. It was a VERY long night! After an 11 or 12 hour shift at the bar, I finished work at about 5 or 6am and I drove the rental van back to the warehouse to pick up the gear. I remember my friend and I loaded up the rental van with two huge bass bins, two medium bass bins, two overhead full range speakers, and two large full range speakers as well as all of the necessary cables and a mixer. As we were leaving the venue of the party we saw a van stuck on a plowed snow embankment, so we decided to take a closer look and to see if the driver needed help.

So it was 7am New Year’s Day and we had come to the van which turned out to be a paramedics vehicle being driven by this guy in plain clothes who was as drunk as I have seen in a long time (and I was a bar tender at the time who saw lots of drunken people daily). He was stuck on a snow pile, and burning his tires out to the point where the inside of his stolen paramedics van (unless he was a paramedic) was filled with toxic smoke coming from the burning tires as he spun them mindlessly. We asked if he needed some help and he laughed in a very creepy way. I felt like we were in a horror movie and things were getting very weird! So we left him with the advice to get out of the van and just walk home. We left him there. If he is still alive then Darwin’s rolling over in his coffin.

“If he’s still alive then Darwin’s rolling over in his coffin.”

This year would be much different than the madness of last year. Now that my former life adventures and endeavors were history and never to be again, I really liked the idea of a simple house party for a New Year’s celebration and that was the plan! I certainly was ready to end this year with some old (and new) friends and start a new chapter of recovery. Boy, was I ready to end this year period. It was a good place to break in my recovery and reflect on the year and look forward to the next.

I was sure to text a lot of the good people in my life and wish them a Happy New Year. I even got a phone call from a few friends. I had apparently talked to a friend of mine soon after the fall and I had no recollection of speaking to him since the fall. Despite the disturbing example of my missing memories, it was great to talk to him. I was still speaking very slowly, even if Taylor had told me earlier that night that my voice was about 80% back to its prior speed. 80% was certainly a generous estimate if you asked me, but even if it was at 80% of its prior speed, it took ten times as much effort and included a sizable amount of frustration that was near intolerable.

The New Year’s resolution I have had every year in recent memory was this: “to be more bad ass than last year!” My definition of a bad-ass, however, has changed throughout the years. At this point I was beginning to realize that my old definition had steered me to the hospital in a coma with a brain injury that would leave me hospitalized for 5 months and change my life, my family’s life, and my friends lives forever.

My New Year’s resolution stayed the same even this year, but my definition of a bad-ass evolved. Now, a bad-ass is someone who is actively trying to improve the person that they are, and the lives of those around them. Someone who knows when to give advice and when to shut up. Someone who knows that they don’t know everything, and knows that anyone who thinks that they do doesn’t even know enough to know that they don’t know it all. (Ya know what I mean?) Someone who can see their own flaws and work hard to better themselves, and most of all… a survivor: someone who not only lives through a traumatic event, but who comes back stronger in some way. My mother is a survivor. My mother is a bad-ass!

Just after midnight I remember posting something on my Facebook like: “So long 2011, you dirty mother ****er!” While the year 2011 was a year of agony, suffering, and pain for me, it was also the year that everything changed. Don’t get me wrong, that dirty, rotten year sucked, but when I think about the year 2011 today, I wouldn’t replace it ever because the pain, agony, frustration, and feeling of loss and being lost has forced me to learn tolerance, acceptance, and serenity; and that year forced me to find myself. They say: “that which does not kill me, makes me stronger.” I like to joke: “that which does not kill me, makes me a whole lot less likely to do that sh** again!” But in all honesty, it is the trials that improve a person. It is the difficulties that one truly learns from. That is why good schools are difficult schools. That which threatens your life, tries you. It tries your will and ability to survive, and if you live through it, you learn… you have to. You know what it was like for you and how you made it through. You get mentally stronger. Today I will joke with my mom: “well, the next time I have a brain injury, we’ll know exactly what to do.” Today I work to educate others about brain injury and to help other survivors of all kinds and their friends and families… And those friends and families that fight for the survival of their loved one, are also survivors. This post is to all of the survivors!

HAPPY NEW YEAR TO YOU ALL! MAY THIS YEAR BE BETTER THAN THE LAST! 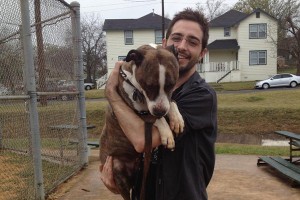 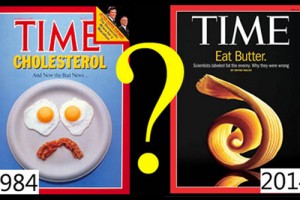 FaB – TIME Magazine has a Change of Heart on Fat

Whenever I am inclined to write about nutrition, I'm cautioned[...] 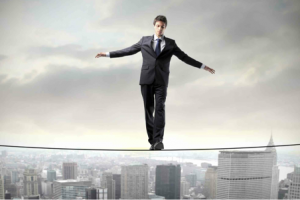 Regaining Motor Skills Through Therapy: Out of Balance

Because I was uninsured and waiting to be accepted by[...]