Meet Aaron “Wheelz” Fotheringham. Aaron was born with Spina Bifida, a birth defect of the spinal cord which renders the legs useless. He’s also one of the most inspiring 22-year-olds I’ve ever seen. The third of six adopted children, Aaron started riding his wheelchair at skate parks at the age of 8, following the lead of his older brother who encouraged him to try a riding a quarter pipe in his chair. Aaron would visit skate-parks with his brother and father for some time, but would just watch from behind the fence. After falling the first time, he got back up, tried again, and hasn’t given up since. From then on he was hooked.

After posting his first successful back flip on the internet, Aaron’s life changed; he’s been performing, traveling, and speaking within the U.S. and internationally, has attended summer camps for disabled children, and has been featured in all kinds of media, worldwide.

Aaron enjoys helping kids with disabilities think differently about themselves: that a wheelchair “can be a toy, not a restriction.”

“When life gives you a wheelchair, find a skate park.”

“Aaron never let anything stop him. Even as a baby and small child, he did anything anyone else his age could do; he just had to figure out how to make it work for him. He rolled over, sat up, and even crawled (on hands and belly, no leg action) pretty much on schedule. Within days of receiving his first “walker” he was off and running. Next came crutches, which he mastered quickly. He would put on a “Superman” cape and blast down the hall on crutches believing, as any other 4 year old, that he could fly.

…Aaron has a passion for what he does, not only is it a lot of fun, but he wants to change the world’s perception of people in wheelchairs, as well as helping everyone see his/her own challenges in a new way. Aaron’s appeal is universal. You certainly do not have to be disabled to be inspired by what he is able to do.”

Whatever can be said about the risk of injury associated to extreme sports, Aaron is one extremely inspiring athlete. His attitude makes us reexamine how we perceive and handle ‘disability’ and how we survivors can adapt in incredible ways. He’s doing good things…and thank goodness he’s wearing a helmet! 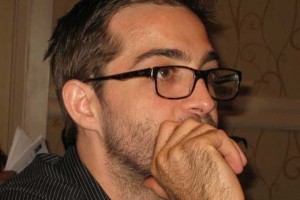 A Sit Down – with Cavin Balaster on VT Works

I had the opportunity to be interviewed by my old[...] 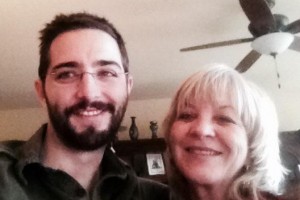 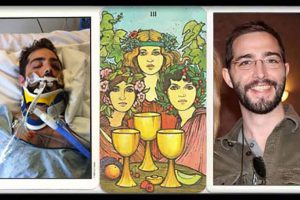