Diary of a Dialysis Kid

Danielle is a seriously cool 8-year-old. Her mother decided to make this video as a means to communicate the realities of renal failure to Danielle’s 3rd grade class. She not only wanted her daughter’s classmates to see what goes on during dialysis, but also to combat bullying.

“She has been getting bullied, yes, bullied because of the central line in her neck (some kids say it’s disgusting or “Ew, you have a stick in your neck”) and because of her small stature. She’s 8 & she’s the size of a 5 year old.”

Her mother points out that a lot of adults could learn a thing or two from all the kids at the dialysis clinic. She also hoped that it would be useful to teach other kids who may be facing the potential of being on dialysis in the near future. With almost 50,000 views on her YouTube channel alone, I’d say she’s doing fairly well. It gets better:

“Update: As of December 21, 2011 Danielle was given the ultimate gift of a kidney from our cousin!! She is doing very well now post-transplant and we plan on making a Diary of a Transplanted kid video soon. Thank you all for your supportive comments and love. I hope you all out there struggling with kidney disease and failure stay positive and may God Bless you all.” 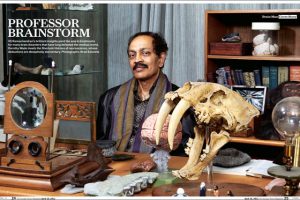 Vilayanur Subramanian Ramachandran is currently a Professor in the Department[...] 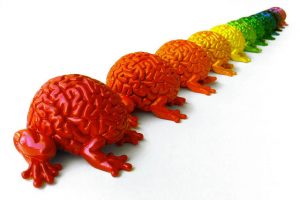 The Optimism of Optometrics – My Upcoming Speech at NORA 2014

January has been an incredible month to kick-off the new[...] 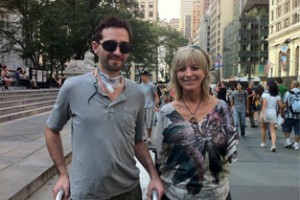