I had not yet seen a dentist since my brain injury, and it was about time that I did. The temperature sensitivity of my teeth had been intense since I had been able to eat orally again in August 2011, after 4 months of having liquid “nutrients” (mostly sugar and soy protein) (1) pumped directly into my stomach. Oral pain is the worst! One year after my brain injury, in May 2012, a dentist took X-rays that showed that a bottom right molar was cracked from a physical trauma. I must have broken this tooth when I fell 20 feet in May 2011.

After this first visit, the dentist drilled the tooth to remove the visible decay and capped it with a temporary crown in hopes that, later, permanently crowning the tooth would be sufficient to fix it. The pain that came with the temperature sensitivity was bad before the drilling and capping was done, but now I was unable to tolerate it. I was popping Tylenol like candy to handle this intense pain.

Since my brain injury I had been asked several times what my pain level was on a scale of one to ten. This scale does not convey the pain accurately because it assumes that there is only one KIND of pain. I told a therapist my thoughts about this scale after being asked once again to rate a different pain on a one to ten scale. I asked him “what hurts more? A bad burn or being punched in the face?” That being said, I would place the pain that I experienced on this scale as a ten, but would be reduced to an eight with a lot of Tylenol. It was pretty bad!

After calling the dentist and complaining about this agonizing pain, I was scheduled to come in the next day. A test was done where she put a cold substance on my tooth, called endo ice, and I hit the ceiling! I would rate this pain as being far above a 10 on a 1 to 10 scale!

There is a condition known as “suicide disease” (called Trigeminal Neuralgia) which causes an extreme pain in the face and mouth. The trigeminal nerve is the largest cranial nerve and receives input ONLY from the face. It encompasses the sensation in the face as well as certain motor functions such as biting and chewing. Being the largest cranial nerve for such a relatively small area of the body, I can imagine, and I can partially understand, why this pain drives many sufferers to resort to ending their own lives. (2) Pain surrounding the face and mouth is the worst pain that I have yet experienced! At this point, the dentist knew that simply capping the tooth would not be sufficient. She recommended root canal therapy, and I agreed.

I was scheduled to have a root canal performed from an endodontist nearby. Root canal therapy is a procedure that leaves the tooth in the mouth, but the endodontist completely kills the nerve of a tooth by removing the infected or diseased pulp of the tooth. The inside of the tooth is then cleaned, sterilized with a bleach, built up, and finally sealed so that it does not become infected again. (3)

Unlike anyone that I have spoken to about this, I was very excited to have a root canal performed! The root canal would mean that I no longer had to experience this immense pain. “Kill that nerve! This pain HAS to stop!” I would say. Only those who have experienced extreme oral pain can relate.

The procedure was done with local anesthetic while I was awake, and I almost enjoyed the grinding and suctioning noises along with the burning smells as the nerve was drilled, bleached, and packed. I reminded myself that I would be killing the nerve which meant that I would no longer feel the agonizing pain.

The procedure was done in about an hour, and later, when the local anesthetic wore off, I was relieved that there was still no pain originating from that tooth even though it was temporarily sore surrounding it… the nerve of the tooth was dead! When a took a 20ft nose dive a year before, I had rattled all of my teeth quite a bit leaving them all far more temperature sensitive than before. I’m not complaining: it could have been much worse!

A friend of mine recently said that the greatest flaw in the human body is the presence of nerves within the teeth. I would have completely agreed with him at this point. What I did not realize, or did not see the importance of, however, was that the teeth in the mouth are alive and fed nutrients from the blood, and the pulp of the tooth is living tissue.

There seems to be quite a lot of debate about whether a tooth is alive or dead after root canal therapy, and I am still unsure about some things involving this matter. Some conventional dentists will say that the tooth is sill alive and fed nutrients, because the root still attaches to the jaw and is fed blood. This is evident because a root canal should last a lifetime and, when performed correctly, the tooth does not turn black. Other, debatably more progressive and alternative dentists, say that the tooth is dead, and that killing a tooth leaves dead cells burrowed within living tissue in the body; and this dead tissue decays over time and will leech toxins within the blood. Furthermore, because digestion begins in the mouth, and digestion affects the brain to an impressive degree (Food for Thought), it is very important to keep toxins out of the mouth.

It would appear to me that because a tooth with a root canal almost always appears healthy for a lifetime, and because the bone and gums surrounding the tooth still have a blood supply and a nerve supply, the tooth with a root canal must still be fed some nutrients; and is therefore not dead, but very weakened by lack of nutrients. This lack of direct blood supply is coupled with the fact that within each tooth, there are microscopic dentinal tubules that zig zag throughout, providing blood supply and nutrients to the tooth. In fact, if the length of these tubules within a single tooth were to be laid out, end to end, they would span more than three miles. This distance gives you a good idea of how tiny they are and why such a crude procedure of drilling, cleaning, and bleaching does not address them all (Price, WA, Dental Infections, Oral and Systemic, Vol. I, Penton Pub Co. Ohio, USA, 1923.).

So the blood supply that enters a tooth is distributed throughout these tiny networks of microscopic tubules, allowing nutrients to be fed throughout the entirety of a tooth. And, my current understanding is that, a root canal destroys this network and seals off the area. Blood still reaches the tooth, although to a MUCH lesser degree. Many alternative dentists do not see a root canal as a safe option, and prefer simply extracting the tooth properly.

I find that I often agree with alternative therapies after researching a topic, but while exploring this particular subject, I feel that the temporary use of conventional dentistry was the best choice. Alternative dentistry recommends that I remove the tooth. The removal of the tooth that has had a root canal, however, would almost certainly shift the positions of the healthy teeth in my mouth. This shifting may cause bite problems which may affect both my ability to chew effectively, affecting my digestion, as well as the cosmetic appearance of my teeth. An option is a floating bridge, but I do not see how this could effectively keep my teeth from shifting. And I will gladly admit that my own vanity plays a role in my choices, and I think that it should.

Because I feel as if I am in better health than I have been in a long time, and with my gut healed, I feel that my immune system is strong enough for now. And while removing the pulp of a tooth is not optimal, if that pulp is diseased and infected, I think that removing only the diseased parts was a better choice than extraction for me.

For now, the tooth seems to be fine. The research that I have done thus far has brought me to the conclusion that root canal therapy was a good move for me. Perhaps my understanding will change in the future. As the wise, old saying goes, “if it ain’t broke, don’t fix it.” In this case, it is broke, but truly fixing it could do collateral damage that I am not prepared for. 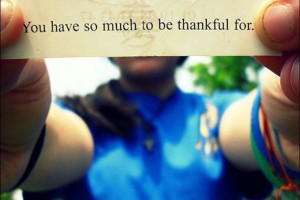 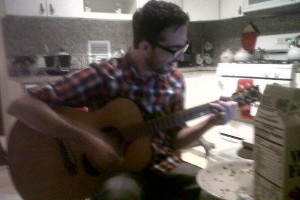 I used to play guitar and sing before the accident.[...] 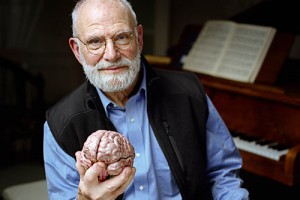 In this powerful clip from Michael Rossato-Bennett’s documentary,”Alive Inside,” neurologist[...]