Meet Faith, a Labrador-Chow happily walking and hopping about on two legs. Faith is a survivor. She was born with healthy hind limbs, but only a single, severely deformed front limb. She was rescued in 2003 by then seventeen-year-old Reuben Stringfellow. As happens with unhealthy newborn pups, Faith was found underneath the weight of her mother who was instinctually attempting to smother her and end her young life. Reuben intervened and “interrupted Nature” that day, bringing her home to be adopted by his mother Jude.

Thought to be destined for a short and painful life, her owners were consistently advised to have Faith’s life ended humanely. But Jude was determined to make sure all options for a happy life had been exhausted. Employing training tactics using treats and peanut-butter, the Stringfellows tirelessly worked to motivate Faith to sit upright and stand. “When she took that first hop, we totally rewarded her with peanut-butter and gummy bears and hugs and kisses” Jude says. “She had to believe in herself…The day that she took her first really good hop was the day that we solidified her name.”

You don’t have to be 100% complete in order to be perfect. And there’s life out there, just go find it.

Faith’s story only begins there. Since taking her first steps in 2003, she has been featured in books, made numerous guest appearances on US talk shows, and has actively served as a symbol of hope and perseverance for injured soldiers. “We go to as many places as we can…Faith actually recognizes men and women who are wearing ACUs (active combat uniforms)…” Jude says. “Our message that we always tell people is that you don’t have to be 100% complete in order to be perfect. You don’t. You don’t have to have every limb or every finger or every appendage…You don’t have to look perfect to be perfect. And there’s life out there, just go find it.”

As a fellow survivor, I’m in awe of Faith’s incredible story and her ability to inspire others. Throughout my journey with traumatic brain injury, I’ve been fortunate enough to cross paths with so many amazing and uplifting individuals–caretakers and fellow survivors alike–who not only believed in the ability to recover, but serve as inspiring examples themselves.

Faith is no different. She does not live as a disabled dog. She adapted to her circumstances. She is a remarkable, breathing, living example of the power of self-belief, determination, and the brain’s ability to adapt. She reminds us that normalcy is not a standard of happiness, and as Jude says, “There’s life out there, just go find it!” 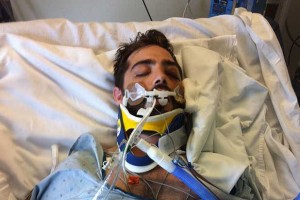 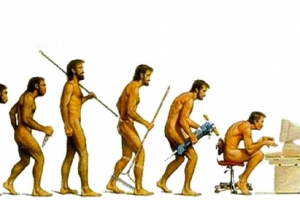 How a Treadmill Desk Facilitates my Productivity after Brain Injury: Write Away

One of the most valuable skills I have had to learn since my brain injury is learning HOW it is that I personally learn.